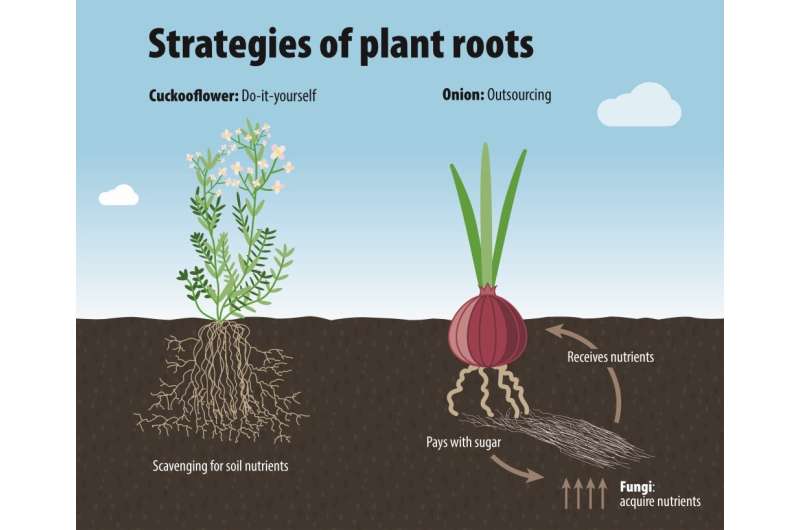 It has long been one of the best kept secrets in the underground world: What determines the variation in form and function of plant roots? An international team of researchers, led by scientists from Wageningen University & Research and the German Center for Integrative Biodiversity Research in Halle-Jena-Leipzig, has revealed the strategies that roots use to invest in their tissues: do-it-yourself or outsourcing. In Science Advances they present a new framework that allows us to understand the variation in form and function in roots. “It felt like discovering a hidden treasure.”

Plants, like many other organisms, follow rules of economics when investing in their tissue. The currency is not money, but carbon and nutrients. This economics gradient flows from ‘live fast, die young’ such as the Lathyrus or ginkgo, to ‘slow and steady’ as the oak does. This economic theory works well for leaves. It was long assumed that the same principle applied to the roots, but researchers’ efforts to deliver proof, failed repeatedly.

This problem has now been solved using a database of root characteristics of 1781 plant species from around the globe. In addition to the classical “fast-slow” gradient, there is a second, independent axis that is essential in understanding the form and function of plant roots. This axis is the “operational” gradient for nutrient uptake. It goes from a do-it-yourself strategy with many thin roots, such as followed by the cuckoo flower, to a policy of outsourcing, such as the onion. The onion collaborates intensively with soil fungi, forming a partnership of roots and fungi (mycorrhiza). “Roots that work together with fungi must make room for an ‘exchange counter’ – sugars go from the plant to the fungi and nutrients go the other way around. That ‘counter’ takes up space in the outer cells of the root, which are therefore thicker than in ‘do-it-yourselfers,'” says Prof. Liesje Mommer of Wageningen University & Research. “This new operational axis shows how roots have different ways of functioning.”

This new framework for understanding variations in root characteristics offers recommendations to better understand the way roots work. This insight is useful in future research to predict the subterranean plant response to changing environmental conditions, or to launch new breeding programs.

Professor Liesje Mommer on how the project was started: “It was a collaboration between renowned researchers from Europe and the United States, during an inspiring workshop in Leipzig. We knew a treasure was buried underground near the plant roots, and that finding it required collaboration. Each of us had a piece of the puzzle, but no-one had the whole picture. There it is: You can do it alone, or work together. Plants are just like humans.”

Another breakthrough in our Nitrogen technology coming your way this 2021. 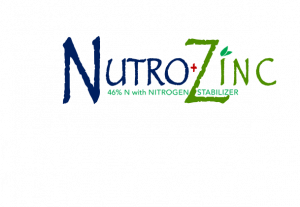 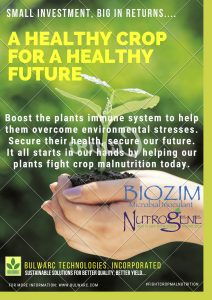 Let me share with you this video which illustrates one of the best practices in growing crops – sharing. (no copyright infringement intended; credits to the owner)

In order to grow healthy crops and achieve a bountiful harvest, the practice of using similar package of technologies among farmers is pragmatic.

Coupled with this, we are introducing to the Filipino Farmers – our Frontliners in Agriculture – the concept of nutrient fortification of our crops. Substantial nutrients in the food we eat will boost our immune system which we need to combat COVID-19.

Join us in our fight against crop malnutrition.